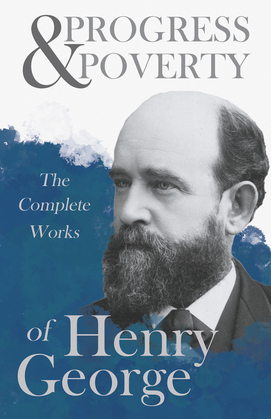 Progress and Poverty - The Complete Works of Henry George

"Progress and Poverty is not so much a book as an event. The life and thought of no one capable of understanding it can be quite the same after reading it."

In this landmark text, Henry George lays out his study of questions of why poverty partners with economic and technological progress. His theory of single land tax proposed in this book was so influential it spurred progressive economic reform.

Henry George was an American political economist and journalist. His 1879 work Progress and Poverty explored the paradox of increasing poverty and inequality amongst economic progress. He looked into the causes of industrial depressions and focused his efforts on anti-monopoly reforms to remedy economic and social problems by introducing his solution: a single land tax.

Volumes within this book include:

The Laws of Distribution

Effect of Material Progress Upon the Distribution of Wealth

Justice of the Remedy

Application of the Remedy

Effects of the Remedy

The Law of Human Progress

Highly influential in its time and admired by many intellectual contemporaries, Progress and Poverty was a founding text in Georgist ideology. Republished by Read & Co. Books, it is an essential read for those looking to learn more about the critical economic theories and social reforms throughout history.