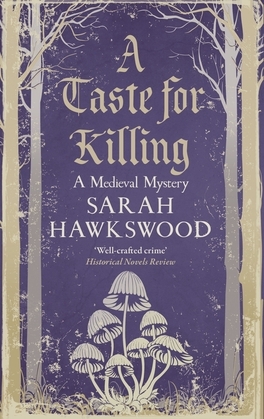 A Taste for Killing

The intriguing mediaeval mystery series
by Sarah Hawkswood (Author)
Buy for $13.62 Excerpt
Fiction Mystery & detective Historical
warning_amber
One or more licenses for this book have been acquired by your organisation details

Whose was the hand that poisoned Godfrey Bowyer? Bradecote and Catchpoll are on the trail of the killer.

January, 1145. Godfrey Bowyer, the best but least likeable bow maker in Worcester, dies an agonising death by poisoning. Although similarly struck down after the same meal, his wife Blanche survives. The number of people who could have administered the poison should mean a very short investigation for the Sheriff's men, Hugh Bradecote and Serjeant Catchpoll, but perhaps someone was pulling the strings, and that widens the net considerably. Could it be the cast-out younger brother or perhaps Orderic the Bailiff, whose wife may have had to endure Godfrey's attentions? Could it even be the wife herself?
With Bradecote eager to return to his manor and worried about his wife's impending confinement, and Underserjeant Walkelin trying to get his mother to accept his choice of bride, there are distractions aplenty, though Serjeant Catchpoll will not let them get in the way of solving this case.