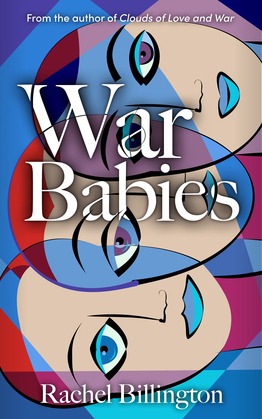 by Rachel Billington (Author)
Buy for $9.99 Excerpt
Fiction Historical
warning_amber
One or more licenses for this book have been acquired by your organisation details

A woman lies unconscious on the carpet of a smart Westminster apartment, one red high-heeled shoe has fallen off... A younger woman lies with her eyes closed, half-hidden under a drinks cabinet... Her fingers clutch an empty bottle... What happens when a mother withholds her love? When she has no love to withhold? When she sees her three daughters as obstacles to her own formidable career? This is the story of three sisters, Millie, Di and Cleo. They are the war babies. Growing up in a world still in turmoil, hungover from war, the sisters struggle to leave behind their mother and build their own lives. Each sister is lost in her own world where extreme need leads to extreme behaviour. Then a tragic event forces Cleo, the youngest and wildest, to become the catalyst to smash the pattern. Who will adapt and survive in this new world? Who will find peace? From London to New York and to Vietnam, the focus shifts from one sister to the next, putting human nature, its flaws and its virtues, under the spotlight. With elements of a psychological thriller, Rachel Billington observes her characters with clinical detachment, but also with wit and understanding. Yet there is hope at the heart of this story which will leave the reader wondering long after the final twist is revealed.