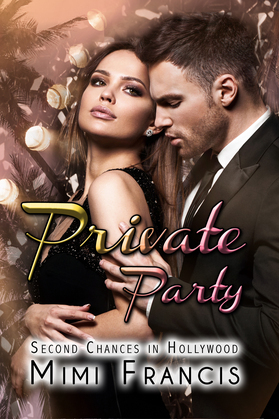 by Mimi Francis (Author)
Buy for $6.99 Excerpt
Fiction Romance Contemporary
warning_amber
One or more licenses for this book have been acquired by your organisation details

What's the ultimate recipe for love? Baking, books, and the sexiest man alive.


Holly Wright’s combination bakery/bookstore is struggling. Despite her unique business concept and prime location off Rodeo Drive in Beverly Hills, the customers just aren't coming. Holly worries if something doesn’t change soon, she’ll have to close for good. Then the world’s hottest actor fell through her front door.


Caleb Peters is the most sought after celebrity in the world. He’s the guy every woman wants. His life is on an upward trajectory and he’s having a blast taking it all in. If only the paparazzi would give him a break and butt out of his love life. Hoping to impress Holly at The Bookish Bakery, he convinces her to let him use her shop for a private party. But can he convince her there’s more to him than being famous?


This party could mean a second chance for Holly's floundering business, but even as her attraction to the charming man grows, she's certain getting any closer to him would lead straight to heartache. Will the bookworm baker let Caleb into her heart or is this unexpected romance actually a recipe for disaster?