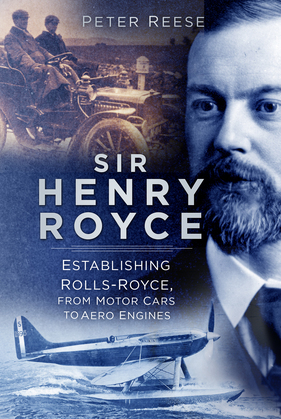 It’s hard to imagine a history of British engineering without Rolls-Royce: there would be no Silver Ghost, no Merlin for the Spitfire, no Alcock and Brown. Rolls-Royce is one of the most recognisable brands in the world.

But what of the man who designed them?

The youngest of five children, Frederick Henry Royce was born into almost Dickensian circumstances: the family business failed by the time he was 4, his father died in a Greenwich poorhouse when he was 9, and he only managed two fragmented years of formal schooling. But he made all of it count.

In Sir Henry Royce: Establishing Rolls-Royce, from Motor Cars to Aero Engines, acclaimed aeronautical historian Peter Reese explores the life of an almost forgotten genius, from his humble beginnings to his greatest achievements. Impeccably researched and featuring almost 100 illustrations, this is the remarkable story of British success on a global stage.