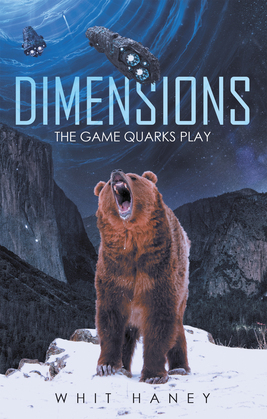 The Game Quarks Play
by Whit Haney (Author)
Buy for $3.99 Excerpt
Fiction Science fiction Thrillers
warning_amber
One or more licenses for this book have been acquired by your organisation details

Michael Townsend just wants to study the mammalian genome but incidentally becomes a pawn in an alien game of strategy. During his research, Michael gets sick. After blood work, a rheumatologist confirms that Michael’s genetic code is missing molecules. It’s as if something spliced his DNA at the same point in every cell, leaving Michael to waste away.

Except, Michael doesn’t waste away. A last-ditch treatment effort turns him into something else entirely. He becomes the “Knight Bear,” a man turned into a wild beast. He soon learns of aliens from another dimension formed from quarks- random subatomic particles, also calling themselves quarks. It was the quarks that tried to eliminate Michael, but he is anything but dead.

Now, Earth is under attack from an evil alien warlord. These aliens scheme to use humans as laboratory rats, experimenting to see if others can survive like Michael. When humans are captured in the midst of this intergalactic struggle, they are taken to the other dimension of quarks, and for everyone, it is now time to survive or die.