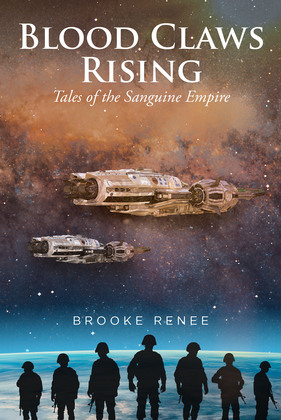 Tales of the Sanguine Empire
by Renee,Brooke (Author)
Buy for $9.99 Excerpt
Fiction Science fiction Adventure
warning_amber
One or more licenses for this book have been acquired by your organisation details

The shadow grows; the claws are out. It is the twenty-fourth century, and humanity has successfully breached beyond their limited solar system to colonize much of the known galaxy. Mostly located within the Orion Arm of the Milky Way, humanity has ventured into a prosperous and ever-expanding era of exploration and discovery, with several other new races joining one of powers in humanity's growing sphere of influence, either willingly or by force. However, mankind cannot escape the shadow of conflict that dared to follow them out beyond the stars. In the immediate aftermath of the Earthborn War between two galactic superpowers--the oppressive far-reaching-based Hagorian Alliance and the more egalitarian-minded and Earth-based Praetorian League--one young girl rises from the ashes of chaos to break the yoke of oppression that the tyrannical Alliance has leaned upon to enforce its rule over its section of the cosmos. While other nations exist, they are constantly and often caught in the crossfire between the Alliance and the League. The Alliance, based at the trailing ends of the Orion Arm, valued slavery, fear, and subjugation to control and rule its people. The League, while not ideal, was far more egalitarian if not apathetic. But for citizens of the Alliance, many had had enough.

One girl was chosen by fate to be the leader of these dissidents whom the Alliance would classify as militant rebels outright, viewing them as little more than vermin that need to be extinguished. From being an owned slave to a warrior and rebel leader, to empress and conqueror, this is part of the legacy that Ava'kra hopes to forge, but in the brutal maelstrom of seemingly unending war, can she? When facing betrayal at every turn, fighting outnumbered and outmaneuvered, can a young girl forge a new galactic nation free of oppression and live to tell the tale?