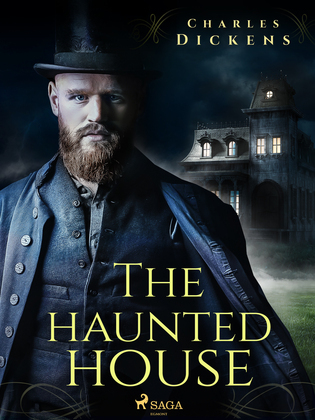 by Charles Dickens (Author)
Buy for $2.99 Excerpt
Fiction Classics
warning_amber
One or more licenses for this book have been acquired by your organisation details

A spooky house full of ghosts, a brother and sister as odd as the house itself, bizarre sounds and goings-on in the dark of the night. Who would want to live here?

John and his sister Patty, that's who. The siblings boldly decide to live in the old manor house situated close to a railroad stop mid-way between Northern England and London. The house is dark and dreary, cold and full of rats and, of course, haunted. They invite a group of friends to come and occupy the house for three months just to 'see what happens.' Will they all survive their time there?

These brilliant slightly sinister tales by Charles Dickens and a few other authors are all very different but each has its element of strangeness.

Charles Dickens (1812-1870) was a widely popular English author and social critic. Among his most famous novels are ‘Oliver Twist’, ‘A Christmas Carol’, and ‘Great Expectations’. Dickens is best known for his depictions of poor Victorian living conditions and his unforgettable characters, some compassionate and others grotesquely malicious.

Dickens’ timeless tales are still as celebrated today as when they were written, and his literary style is so influential that the term Dickensian was coined to describe the literature he inspired.

Many of Dickens’ novels have been adapted for movies and television, including the Academy Award-winning musical ‘Oliver’. 'A Christmas Carol' is well known worldwide and is a huge favourite movie for families to watch together at Christmas time. The most famous movie was from Disney in 2009 starring Jim Carrey, Gary Oldman and Colin Firth.