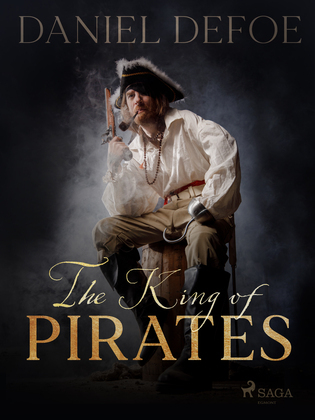 The King of Pirates

‘The King of Pirates’ is an entertaining and creative story by Daniel Defoe. Written as Captain Avery, the notorious and feared pirate king, the book is told in two letters as Avery reveals the truth about his swashbuckling adventures. Defoe takes the reader on a captivating journey from South America to Asia as the infamous pirates encounter danger and discover lost treasure. Defoe’s thrilling stories about pirates have influenced films such as ‘Pirates of the Caribbean’ and created the modern-day image of pirates. This novel controversially portrays pirates as heroes and not villains in a gripping and humorous manner. ‘The King of Pirates’ should be read by fans of ‘Robinson Crusoe’ and ‘A General History of the Pyrates’.

Daniel Defoe (1660 – 1731) is one of the most important authors in the English language. Defoe was one of the original English novelists and greatly helped to popularise the form. Defoe was highly prolific and is believed to have written over 300 works ranging from novels to political pamphlets. He was highly celebrated but also controversial as his writings influenced politicians but also led to Defoe being imprisoned. Defoe’s novels have been translated into many languages and are still read across the globe to this day. Some of his most famous books include ‘Moll Flanders’ and ‘Robinson Crusoe’ which was adapted into a movie starring Pierce Brosnan and Damian Lewis in 1997. Defoe’s influence on English novels cannot be understated and his legacy lives on to this day.