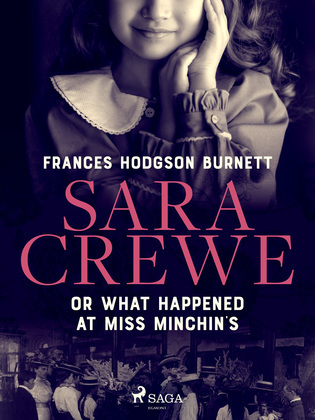 Sara Crewe or What Happened at Miss Minchin's

Little Sara Crewe is devastated when her father leaves her at Miss Minchin's Select Seminary, a boarding school for young women in London. She adores her papa and would have much rather have accompanied him on his expedition to India.

Alas, she finds herself stuck under the watchful eye of Miss Minchin. Sara despises everything about the head mistress, from her fishy glare to her large, cold hands. Every time a letter arrives at the boarding school, she hopes it's for her, saying that her father is returning to London.

What Sara doesn’t know is that things are about to get worse. A lot worse. Being the wealthy heiress to a large fortune has kept her from knowing Miss Minchin’s true nature, until now. When Sara's father suddenly dies, leaving her orphaned and penniless, the real hardship begins.

‘Sara Crewe or What Happened at Miss Minchin's’ is ‘Oliver Twist’ meets ‘Cinderella’. With a good dash of ‘A little princess’, which – coincidentally – was also written by Frances Burnett, who never missed an opportunity to write about orphans overcoming terrible obstacles.