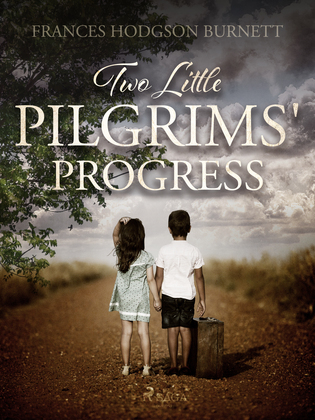 by Frances Hodgson Burnett (Author)
Buy for $2.99 Excerpt
Fiction Juvenile & young adult Classics Historical
warning_amber
One or more licenses for this book have been acquired by your organisation details

"When anyone meets us," Meg said, "they always look surprised. Dogs which are not allowed in the house are like us. The only difference is that they don't drive us out—but we are just as much in the way."

‘Two little Pilgrims’ Progress’ is the story of orphaned twins, Meg and Robin, left to the care of their Aunt Matilda, who doesn’t take much notice of them. Meg sleeps in a cold servant’s room, while Robin shares a room with someone else. All the two kids have in the world are each other and their dreams.

Meg dreams of running away to "The City Beautiful" – Chicago – for the single reason that it is "millions of miles" away from Aunt Matilda's barn. She convinces her brother to run away with her, and through the eyes of the adventurous children, the reader gets to experience a truly magnificent moment in history; the Chicago World's Fair in the late 1890s.

Readers who enjoyed ‘The Adventures of Huckleberry Finn’ by Mark Twain will also enjoy this book.