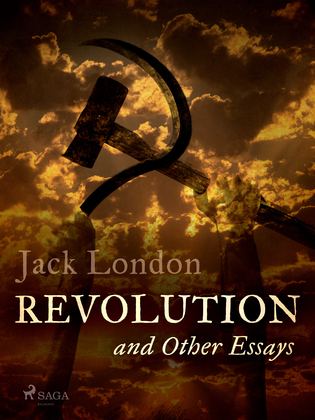 Revolution and Other Essays

Move over, Karl Marx, because the latest incarnation of Super Socialist – Hero of the Working Class, Jack London, is here to pick up the Red Torch of Revolution and smite the evils of capitalism in a flurry of CRASH!, BANG! and KAPOWs! – and this is his manifesto slash origin story.

Picking up a work titled "Revolution" by an author with strong political leanings is often (deservedly) met with an eye-roll and a "Here we go...", but while this collection of 12 essays and short stories is indeed intended as a vehicle for London's political views – one story even being about a man with the literal power to transform the world into a socialist Utopia, it also explores other, somewhat peculiar, topics.

What would the perfect houseboat look like? What if animals could reason? How are Chinese people different from Japanese people? (yes, if this was an old Disney movie there would be a notice in the beginning)

These are just some of the thoughts Jack London *also* had while writing this book, so consider it a deep dive into his mind and maybe take some of the ideas with a pinch of salt.

Jack London (1876–1916) was an American writer and social activist. He grew up in the working class, but became a worldwide celebrity and one of the highest paid authors of his time. He wrote several novels, which are considered classics today, among these 'Call of the Wild', 'Sea Wolf' and 'White Fang'.