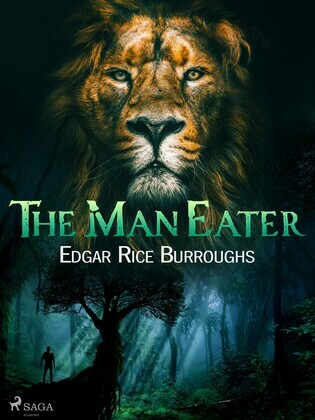 by Edgar Rice Burroughs (Author)
Buy for $2.99 Excerpt
Fiction Classics Fairy tales, folk tales & mythology
warning_amber
One or more licenses for this book have been acquired by your organisation details

Love and greed, cowardice and heroism, rights and wrongs. This story set in the jungles of Africa has it all. You won't believe who turns out to be the hero of this suspenseful tale!

'The Man Eater' is an adventure novel that takes place in Congo, where the Belgian missionaries suffer frequent attacks and killings by the native Wakandas. There is no Tarzan this time, just an unusual hero. He takes it upon himself to punish the wrongdoers and go after justice and peace.

A little bit of racial stereotyping and language which wouldn't be tolerated today, but all in all, it is a compelling and highly entertaining adventure novel that fans of Burroughs and Tarzan enthusiasts will devour in one go.

Edgar Rice Burroughs (1875-1950) was an American author, best known for his novel ‘Tarzan of the Apes’ (1914) and its sequels as well as the Barsoom series. During World War II, he was one of the oldest U.S war correspondents.

Tarzan and his adventures are loved by both young and old, and are evergreen classics. Many have watched at least one Tarzan tv series or movie with the most popular probably being the Disney animation film from 1999 and 'The Legend of Tarzan' from 2016 starring Alexander Skarsgård and Samuel L. Jackson.