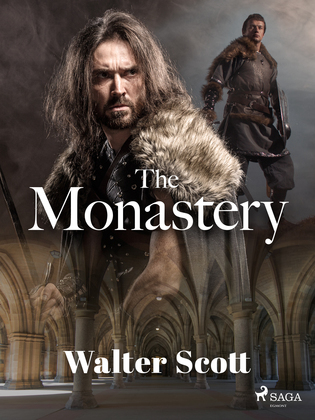 by Walter Scott (Author)
Buy for $2.99 Excerpt
Fiction Classics Romance
warning_amber
One or more licenses for this book have been acquired by your organisation details

‘The Monastery’ is a novel by Walter Scott that tells the story of the Monastery of Kennaquhair and its mysterious occupants and supernatural situations. The monastery is on the brink of destruction as not only are Protestant soldiers marching on it but its inhabitants are plagued by betrayal and infighting. The tale revolves around Halbert and Edward, two troublesome brothers who are both in love with the same woman, Mary. Tensions are already high in the abbey due to sightings of a celestial spectre before Piercie Shafton, an Englishman on the run for treason, arrives to seek solitude. Piercie is one of Scott’s funniest characters as he pompously pursues Mary, much to the chagrin of Halbert, who challenges Piercie to a duel that will determine the fate of the monastery and all its occupants. ‘The Monastery’ is written in the gothic tradition as the haunting White Lady plagues the characters. Scott’s romantic style is still present as the White Lady is an incredibly poetic character and he uses lyrical prose to portray an abbey on the verge of ruin. ‘The Monastery’ is a highly dramatic story, laced with political intrigue, social satire, and haunting imagery that will stick with readers long after they have finished it. This thrilling novel will have readers on the edge of their seats awaiting the fate of the monastery and its citizens and is recommended for fans of gothic literature.