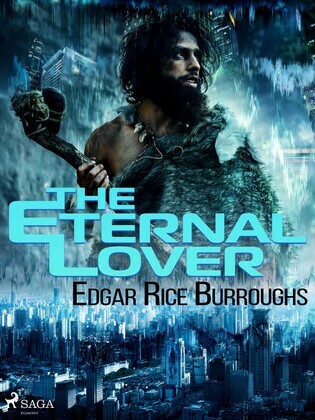 by Edgar Rice Burroughs (Author)
Buy for $2.99 Excerpt
Fiction Classics Fairy tales, folk tales & mythology
warning_amber
One or more licenses for this book have been acquired by your organisation details

When Nu, a caveman from 100,000 years ago, is transported via a magic spell to the present, this can only mean one thing – adventure!

He falls in love with a girl who is the reincarnation of his long-lost lover, only for them to be transported back to the Stone Age. Time-travel, heroic deeds, dangerous situations, entertaining and breathtaking escapades (let’s not forget Tarzan as well) turn "The Eternal Lover" into a story about treachery, love and a fight for what is right and true.

A recommended reading to fans of Burroughs, adventure fiction aficionados and readers of romantic stories.

Edgar Rice Burroughs (1875-1950) was an American author, best known for his novel ‘Tarzan of the Apes’ (1914) and its sequels as well as the Barsoom series. During World War II, he was one of the oldest U.S war correspondents.

Tarzan and his adventures are loved by both young and old, and are evergreen classics. Many have watched at least one Tarzan tv series or movie with the most popular probably being the Walt Disney animation film from 1999 and 'The Legend of Tarzan' from 2016 starring Alexander Skarsgård and Samuel L. Jackson.