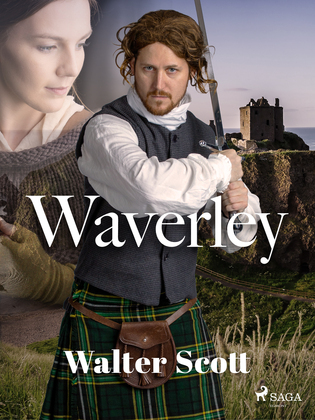 ‘Waverley’ is among Walter Scott’s first novels and one of the original Western historical novels. The sprawling story takes place during the Jacobite Rising from 1745 and follows the life of Edward Waverley, a British soldier who falls in love with a Scottish woman and joins a revolutionary army. ‘Waverley’ shows why Scott is considered one of the forefathers of European romanticism, as the tale follows an individual hero on a grand journey through beautifully vivid settings. However, Edward Waverley follows in the footsteps of ‘Don Quixote’ as a protagonist whose dreams of heroism are difficult to achieve. This dramatic tale has elements of picaresque comedy as Scott creates a less than heroic protagonist that finds himself in ironic situations that he is ill-prepared for. Political intrigue, romance, and breathtakingly beautiful depictions of the Scottish landscape are Scott’s trademark elements that make this classic novel a rewarding read. ‘Waverley’ was celebrated at the time of its release for an accurate portrayal of Gaelic revolutionaries, but it remains timeless due to its poignant storytelling and lyrical prose. ‘Waverley’ is recommended for fans of historical fiction or romanticism.