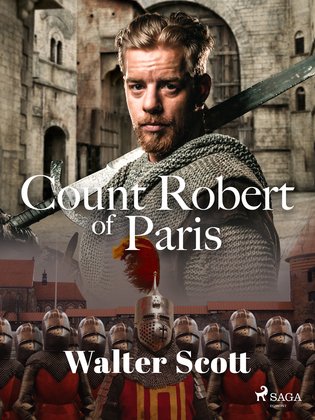 by Walter Scott (Author)
Buy for $2.99 Excerpt
Fiction Classics Mystery & detective Traditional British
warning_amber
One or more licenses for this book have been acquired by your organisation details

‘Count Robert of Paris’ is Walter Scott’s penultimate novel from his celebrated ‘Waverley’ series. It is a historical novel set in Constantinople during the First Crusade. The story revolves around the titular Count Robert who is captured by the Byzantine emperor and challenged to a duel to the death. Count Robert and his friend Hereward must escape their treacherous captors and reunite with their true loves, but they face many dangerous challenges along the way. This novel is a gripping read, brimming with romance, power struggles, political intrigue, and fanaticism that threatens to destroy the very foundations of civilization. Scott’s incredible romantic prose is on display in this tale as he elegantly describes Byzantine Constantinople. The historical aspect of the story focuses on the clash between cultures as Scott poetically displays the precarious relationship between the crusaders and the Byzantine emperor. This novel is a thrilling adventure through the streets of exotic Constantinople and should be read by fans of historical fiction.