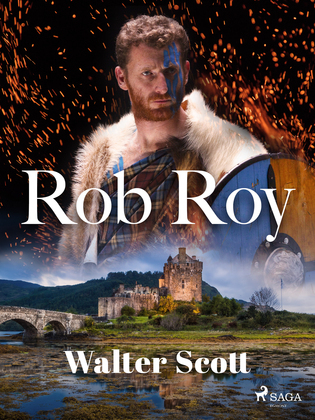 by Walter Scott (Author)
Buy for $2.99 Excerpt
Fiction Classics Mystery & detective Traditional British
warning_amber
One or more licenses for this book have been acquired by your organisation details

‘Rob Roy’ is one of Walter Scott’s most famous and acclaimed novels, telling the story of the legendary outlaw Rob Roy MacGregor and his thrilling adventures in the Scottish Highlands. Set around the time of the first Jacobite uprising, the characters must navigate a harsh landscape in which danger is constantly present and no one can be trusted. The protagonist is Francis Osbaldistone who travels to Scotland to reclaim stolen documents and rescue his family from financial ruin. On his journey, Francis encounters forbidden romance, violent rebellions, possible ghosts, and the titular Rob Roy. This sprawling novel is an incredible romantic tale as it follows a hero on a perilous adventure to defeat deceitful villains and rescue his true love. ‘Rob Roy’ has some gothic elements, such as spectral figures but remains true to Scott’s acclaimed romanticism as he vividly and lyrically portrays Scotland’s natural beauty. A gripping novel that is sure to entertain and enthral fans of romantic and historical literature.