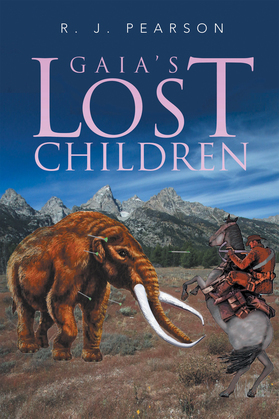 by R. J. Pearson (Author)
Buy for $3.99 Excerpt
Fiction Action & adventure Science fiction Thrillers
warning_amber
One or more licenses for this book have been acquired by your organisation details

Gaia’s Lost Children is a politically conservative sci-fi novel of a near-term dystopian future. In the story, the Extinction Reversal Corp. (ERC) genetically engineers and reintroduces the recently extinct moas, woolly mammoths, and passenger pigeons species to the Earth’s environment. Unfortunately, these reintroductions unsettle the Global Union (GU), a carefully balanced, all-encompassing world government. In reaction, the members of the ERC are banished to a huge space habitat located equal distance from the Earth and Moon. A later attempt at further punishment leads the space exiles to rebel.
The novel follows two childhood friends, Peter Tanaka and Ivar Hardford, as they try to navigate the turmoil in the GU. Peter joins the ERC and becomes a leader of the space exiles. Ivar establishes himself as the head of a mercenary band used as off-the-books government enforcers. Peter and Ivar end as mortal enemies on opposite sides of the space rebellion.