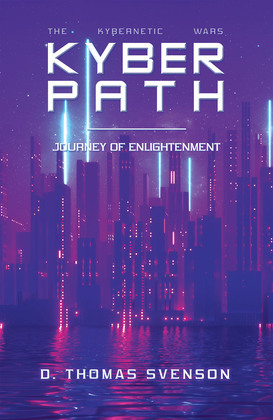 Journey of Enlightenment
by D. Thomas Svenson (Author)
Buy for $3.99 Excerpt
Fiction Fantasy Science fiction
warning_amber
One or more licenses for this book have been acquired by your organisation details

The Kray Allegiance has prided itself on its technology, with special emphasis on the protective structure known as the Barrier. Aylon Jonas, an engineer on the Barrier, experiences a terrible event that takes his right arm in return for unlocking his ability to connect with core powers of the universe. This newfound ability puts him center stage as tensions rise with the creation of Kybernetic Upgrades.

For the first time in the Kray’s history, technology threatens to split the nation apart in civil war. Aylon and Ran Bowman find themselves caught in the middle of the biggest struggle in Krayian history. One is tasked with silencing the disturbers, while the other is asked to lead them. To make matters worse, the legendary Klyde Bokye is brought in to make sure things go as planned.

With both sides seeking to outsmart the other, attention is turned to the one-armed man. Will Aylon use his power to bring peace to the Allegiance or instigate a war that could mean the end of his nation? Can Ran do what’s right under his scrutiny? Most importantly, can either of them stop the conflict before it’s too late?