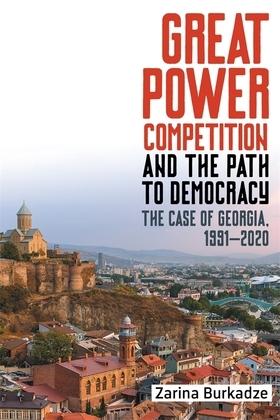 Great Power Competition and the Path to Democracy

The Case of Georgia, 1991-2020
by Zarina Burkadze (Author)
Buy for $24.99 Excerpt
Nonfiction History History by country Europe Russia Social science Political science Democracy
warning_amber
One or more licenses for this book have been acquired by your organisation details

Using the compelling example of Georgia, author Zarina Burkadze argues that great power competition may distribute political power in a way that causes a democratic regime to emerge, supporting her argument with evidence from an impressive array of archival sources as well as from sixty-six interviews with state officials, opposition leaders, foreign diplomats, media and nongovernmental representatives, and other experts. While the case study of Georgia is the central concern of the narrative, the book's final chapter provides an important cross-case comparison of democratization efforts in Armenia, Azerbaijan, Moldova, and Ukraine.