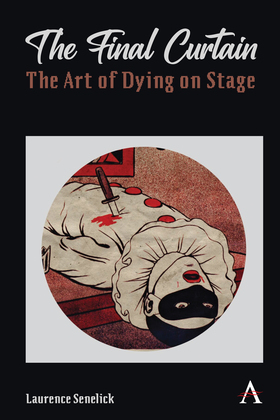 The Final Curtain: The Art of Dying on Stage

by Laurence Senelick (Author)
Buy for $40.00 Excerpt
Fiction Drama Nonfiction Arts Performing arts Theater History & criticism
warning_amber
One or more licenses for this book have been acquired by your organisation details

This is a book about dying, or, more accurately, about the representation of dying in the theatre. Its chief concern is how actors undertook to translate words and concepts into forms legible and significant to an audience. It deals with the ways in which playwrights wrote about death and attitudes towards death in their cultures. Nevertheless, the emphasis is on the practice of acting.

Before the nineteenth century, when death began to be confined behind closed doors, it was widely available as a spectacle. Death and the suffering that preceded it were in plain sight; no effort was made to hide the diseased and moribund. The absence of medical means of alleviating pain or of hygienic measures meant that the most distressing and abhorrent aspects of dying were out in the open. The contempt for human life shown by the law-courts and the death penalty for the slightest offence occasioned frequent and enthusiastically attended public executions. In addition, the Church and religion generally hoped, through elaborate rites and ceremonies, both before and after death, to invest it with an edifying value that could be extended for the greater good. The sacred and social ceremony makes a transition into an aesthetic and political performance, marking a more modern frame of mind.

Neoclassic decorum eschewed such displays; and, after a heyday of spectacular dying on the nineteenth-century stage, critics again began to insist on more moderate displays. This conformed to the growing emphasis on mental processes and psychological complexity. However, it runs counter to the theatre’s need for high color, extreme situations and fanciful invention. Denied house-room in literary drama, these desiderata found a welcome haven in the various manifestations of performance art.