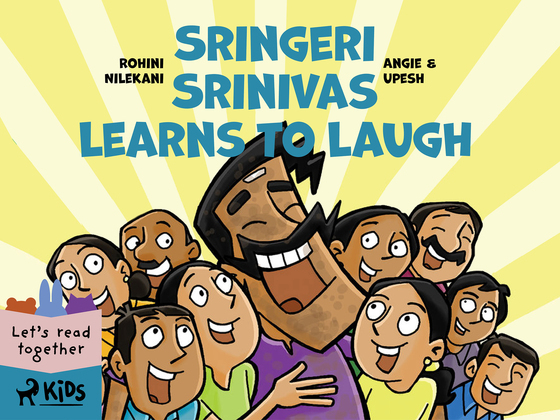 Sringeri Srinivas is notorious for the very deep, angry frown on his forehead. Once he starts grimacing, everything and everyone around him flees. But one day, when he is out looking after his banana plants, something unexpected happens that makes the whole town look at him in a new light. And I wonder if that makes Sringeri Srinivas look at life in a new way.

"Sringeri Srinivas Learns to Laugh" was originally published by Pratham Books on the online platform StoryWeaver. Several of the stories are written by Indian authors and set on the other side of the world. In particular, the stories explore exciting topics such as scientific discoveries and how we can look after each other and our planet.