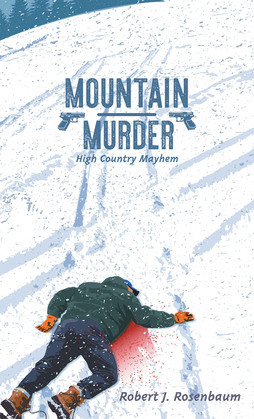 High Country Mayhem
by Robert J. Rosenbaum (Author)
Buy for $3.99 Excerpt
Fiction Mystery & detective Short stories Thrillers
warning_amber
One or more licenses for this book have been acquired by your organisation details

Mountain Murder is the fifth entry in the Western Slope Mystery series. All are set in a fictionalized version of Colorado’s Western Slope.
Mountain Murder opens on a high plateau late on a December afternoon where a Colorado Parks Ranger is checking snowmobiles for current registration stickers. He is about to quit for the day when a new group appears. They don’t have stickers, current or otherwise. As he asks for identification, he is shot in the back.
The ranger’s death quickly grows from a county investigation to include C.W. Blakenship of the Colorado Bureau of Investigation, then expands to three county sheriff departments and the state police. When leads point to a Texas drug and weapons operation with ties to Mexican cartels, the FBI and the ATF also come into play. The hunt for the killers and stolen weapons plays out in high country snow and gunfire.