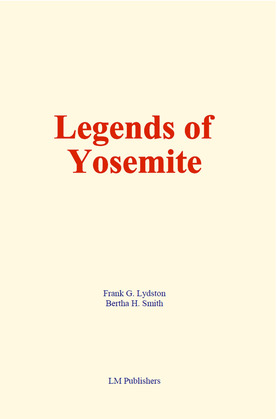 Yosemite and its Legends.

“No one knew how old Ah-wi-yah was, no one knew when she first came to the valley of Yosemite. There was none of all her people who could recall the time when she was not already very, very old and wrinkled. The most venerable sagamore of the tribe remembered that the old squaw was regarded as the only living relic of an age of by-gone majesty, when he was yet scarcely more than a small pappoose, boarded and strapped with thongs to his mother’s back. He recalled that it was she who smiled upon him, and patted his head approvingly on the glorious and never to be forgotten day when his little hands and feeble arms first drew a slender, feathered arrow to its barbed head, and from a child’s bow sent it hurtling on its deadly flight at a startled rabbit that traversed his path. He remembered too, that the venerable Ah-wi-yah, standing erect before her lodge with fiery, flashing eyes, led the wild, fierce shout of triumph when he, grown to the stature of a brave, came home from the warpath with his first scalp. And it was the old squaw who, with her own wrinkled hands, hung the still bleeding trophy on his lodge pole, and foretold that the ghastly, gory emblem of his valor would have many, many children”.