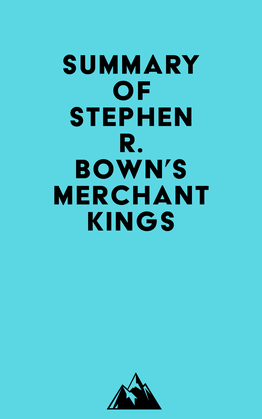 by   Everest Media (Author)
Buy for $2.99 Excerpt
Nonfiction Business & economics Economic history
warning_amber
One or more licenses for this book have been acquired by your organisation details

#2 In 1602, the Dutch East India Company secured a monopoly on the nutmeg trade on the Banda Islands. Some of the orang kaya had signed the contract, fearing to offend the merchants and invite violent reprisals.

#3 The Bandanese were wary of Dutch traders, who did not impress them with their often useless trade goods. The islanders were also frightened by the sight of so many armed Dutchmen.

#4 The Dutch East India Company conquered the Banda Islands in 1636, and they began to enforce a monopoly on the nutmeg trade. However, the Bandanese were still able to smuggle their nutmeg to English factories on the outlying islands of Ai and Run.