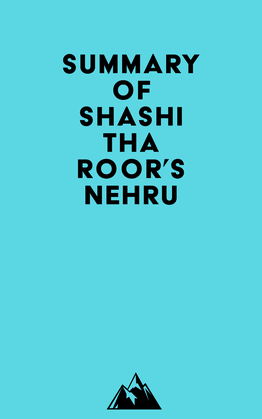 #1 In January 1889, Motilal Nehru, a lawyer from the north Indian city of Allahabad, traveled to Rishikesh, a town sacred to Hindus, up in the foothills of the Himalayas on the banks of the sacred river Ganga. There, he met a famous yogi who gave him a son, Jawaharlal Nehru, who would become one of the most remarkable men of the twentieth century.

#2 The young Jawaharlal Nehru was shaped by two sets of parental influences: the traditional Hinduism of his mother and the modernist, secular cosmopolitanism of his father. The women in his family told him stories from Hindu mythology, and he was regularly immersed in the holy river Ganga.

#3 The Nehrus were Kashmiri Pandits, who had made new lives for themselves in northern and central India since the eighteenth century. They were proud of their pan-Indian outlook.

#4 Jawaharlal’s father, Motilal, was a lawyer who acquired the trappings of a Victorian gentleman of means. He had electricity and running water in his house, and his son was given lavish birthday parties and holidays in Kashmir.