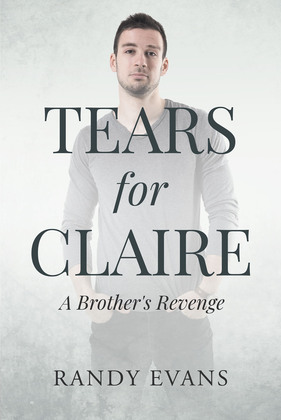 A Brother's Revenge
by Randy Evans (Author)
Buy for $9.99 Excerpt
Fiction Mystery & detective Suspense
warning_amber
One or more licenses for this book have been acquired by your organisation details

Wade Lassiter, a gifted athlete and scholar, was days away from graduating from high school in Amarillo, Texas, and had been accepted to attend Princeton University in the fall. He came home on a Friday afternoon to find the house empty even though his parents’ cars were there and his ninth-grade sister, Claire, had come home early from school.

He heard a door slam in the garage and went there, only to find his parents and sister lying dead on the garage floor. He ran out the garage rear door and through the opened gate to witness a black SUV driving away. As he held his sister in his arms, he saw she had fresh tears in her eyes and a single gunshot wound to the head.

Later that evening, an assassin attempted to kill him too as he sat in a police cruiser in front of his home. Having lost everything and no one to trust, he turned to his martial arts instructor and close friend, Master Tim Joe.

The next day, he fled America, with the help of Tim and Chief Maynard of the Amarillo police and hid out with Master Tim’s family in the Republic of Korea for over five years. While there, he was tutored by Tim’s uncles, all masters in martial arts.

Wade felt certain he knew who was responsible for the deaths of his family. His father, retired army colonel Jim Lassiter, had told him of something he’d discovered while on assignment in Colombia, South America, with the clandestine services company that he owned.

More importantly, Wade’s father had learned that Gomez had been breeding the kidnapped women for the past twenty years so that he could train the offspring in the arts of sex and client satisfaction. He had inherited the business from his father and was very proud of the unique “product,” as he referred to them, he had developed.

When any of the products were no longer useful to him, they were killed and their bodies disposed of far out in the Pacific Ocean. His was a very profitable business, and he was very satisfied with himself and felt his father would have been very proud of him also.

Wade Lassiter had gone to South Korea as an eighteen-year-old boy. Five and a half years later, he returned to Texas a twenty-four-year-old man. Due to his natural athletic ability and as a result of the extensive training he had received from his martial arts masters in Korea, he was also one of the most highly trained and effective warriors in the world. It was now time for Wade to avenge the deaths of his family and liberate the innocent hostages held on the estate.

Emilio Gomez had continued to pursue Wade and attempt to find out where he had been so that he, and those who had hidden him, could be killed to protect the secret of the Gomez empire. Lassiter reentered the United States in Dallas under an alias to protect himself. Tim and Sharla Joe met him at the airport and had arranged a meeting two days later for Wade and the men who had kept his father’s company operational since Jim Lassiter’s murder.

A mole in that organization had sold out Jim Lassiter, leading to the murders in Amarillo. Wade had to find out who that was before he could trust anyone from the company. When that was done, he would use the assets in the company, which he now owned, to fulfill his father’s wishes of ending the evil of Emilio Gomez and his “empire.” He would find Gomez and deal with him, along with everyone involved in the murders of his family. He was unaware that this search would bring him back to the United States and accomplices of Gomez.

Wade had had five and a half years to heal the wounds of his loss with the help of a loving and nurturing extended family in Korea. The uncles had taught him much more than combat and martial arts. They had taught him the art of being at peace with oneself and the absence of internal conflict.

Upon his return, Wade was a confident, contented person who had no need to prove to anyone his capabilities. He knew what he must do to free the slaves held by Emilio Gomez and end the evil that his father had told him about that morning so long ago.

Wade was grounded, self-confident, and keenly aware of the dangers in the world and his need to help those who couldn’t help themselves. He had lain awake many nights in Korea thinking of the people on Gomez’s compound who had been born there and had never seen the outside world, and probably knew nothing about it. They were innocents used by Gomez for his own gain. They had no idea what freedom was and that there was someone preparing to bring them the freedom they so deserved.