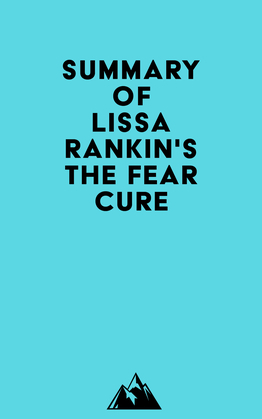 by   Everest Media (Author)
Buy for $2.99 Excerpt
Nonfiction Health & fitness Self-help
warning_amber
One or more licenses for this book have been acquired by your organisation details

#1 The more afraid April became, the sicker she became. She was diagnosed with a blood disorder, and required infusion treatments three times a week for hours at a time. She never thought to mention the nightmares that left her shivering and sweating at night, the flashes of violent memories that left her shaking, or the adrenaline surges she could feel coursing through her body whenever the fear showed up.

#2 The stress response, also known as the fight-or-flight response, is a mechanism in the body that prepares you to deal with a threat. It involves the amygdala, which experiences fear, and the hypothalamus, which secretes CRF into the nervous system.

#3 Epinephrine is toxic in large amounts, and the changes in stomach acid and digestive enzymes can cause esophageal contractions, diarrhea, or constipation. And when the stress response is triggered repeatedly, sometimes the bronchi spasm instead of dilating, leading to wheezing, shortness of breath, and chest pain.

#4 The stress response, which is triggered by fear, makes the amygdala even more reactive to apparent threats. As this happens, the amygdala becomes increasingly sensitized and tinges those memories with heightened residues of fear.