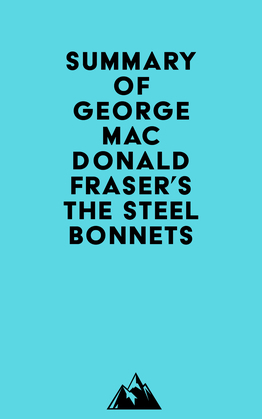 by   Everest Media (Author)
Buy for $2.99 Excerpt
Nonfiction History History by country United States Other Military
warning_amber
One or more licenses for this book have been acquired by your organisation details

#1 The Wall is a monument to the Roman emperor Aulus Platorius Nepos, who conceived it, and the three legions who dug the complex of ditches and mounds, and raised the parapet and intervening fortresses. It was a dividing line between civilization and barbarism, between safety and danger, between the tamed and the wild, and between the settled country and the outland which was not worth fighting over.

#3 The Romans came, and with them, the deluge. The frontiers of middle Britain moved as forgotten kingdoms were made and unmade. The English kings loosened the hold of the searover people, and what may be seen as the prototype of an English-Scottish struggle took place in the tenth century when Athelstan of England fought a great and successful battle against a combined force of Scots, Norsemen, and Britons.

#4 The last three words of Malcolm’s submission to William the Conqueror in 1072 were peace and stability. The period of tranquillity between England and Scotland began when Henry I married Malcolm Canmore’s daughter in 1107.