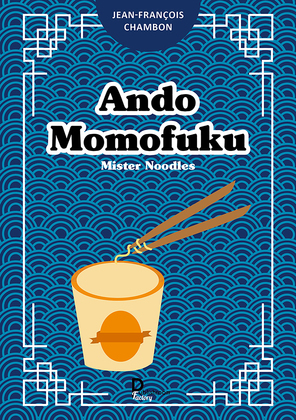 Mister Noodles
by Jean-François Chambon (Author)
Buy for $8.99 Excerpt
Nonfiction Biography & autobiography Historical Literary
warning_amber
One or more licenses for this book have been acquired by your organisation details

On August 15, 1945, the voice of Emperor Hirohito cried out from every radio station in Japan, announcing the end of World War II. Hurt and ruined, the Empire of the Rising Sun now faced a looming and unique demographic crisis; the country had lost its colonies along with the war, and 8 million people were being repatriated to their homeland archipelago. Hunger gripped the nation, and the queues in the streets for just a simple bowl of soup stretched endlessly.
Amidst this gloom, an idea was born from a daring spirit. Legendary entrepreneur Ando Momofoku had touched a broad range of interests in textiles, aviation, coal, and schools. In 1951, he launched into the ramen market with a guiding principle that was unprecedented: dried noodles that could be ready to eat in only three minutes. Easy, nutritious, and delicious. Resounding commercial success followed, and one of the world’s largest food companies was born—Nissin Food.


Jean-François M. Chambon spent his youth studying in Paris, France. He was married in the artists’ district of Montparnasse, which was his principal place of residence for more than thirty years.
In 1990, he suddenly left for Hong Kong and settled down in Wanchai.
In 1992, he joined the very secret world of international finance and was trained by the best.
After 2000, he again became actively engaged in the development of Asia. In this role, he travels to the land of the rising sun, Japan, on a regular basis. To this day, the main elements of his new mission remain quite unknown. All we can gather is that it concerns the financial circles of the region, and that large Japanese and Asian groups are involved.
In 2018, the author began a battle against an enemy within. What he himself calls a war, has taken him at times beyond his own limits. This fight, immortalized in the book “Papa, the fight for life”, continues to this day and can only end in victory.