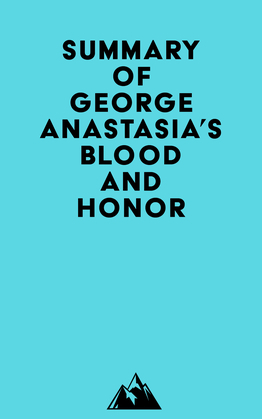 de   Everest Media (Autor)
Comprar por 3,99 $ Extracto
No Ficción Actualidad y reportajes Crimenes verdaderos
warning_amber
One or more licenses for this book have been acquired by your organisation details

#1 Ocean City, Maryland, is a seashore town three hours south of Philadelphia. It is a summer getaway for the middle class, a city that bulges with tourists in May and September. In the summer of 1988, Ocean City was the hiding spot for mobster turned informant Nicholas Caramandi.

#2 Caramandi was a mob associate who had been working with the FBI for several years. He was charming and entertaining as he described the scams and swindles that had propelled his early life. He was formally initiated into the most violent Mafia family in America in 1984.

#3 Nick Caramandi was a member of the Philadelphia family, and he was tasked with protecting the organization. But he began to take them down, and as a result, he became a target of their paranoia.

#4 On the night of March 21, 1980, a maroon Chevrolet Caprice Classic pulled up to the curb in front of a two-story brownstone in South Philadelphia. John Stanfa, a Sicilian immigrant and owner of a small construction company, was behind the wheel. Angelo Bruno, the longtime boss of the Philadelphia mob, was in the passenger seat.