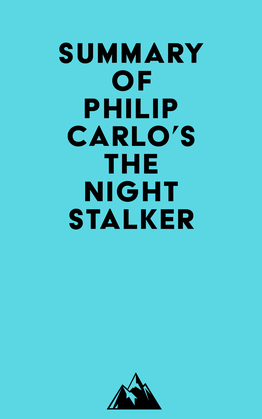 #1 The downtown area around the Los Angeles Greyhound Bus Terminal is a dangerous place after dark. Colorful legions of thieves, muggers, crackheads, alcoholics, and ten-dollar whores prowl like hungry sharks around a bleeding man.

#2 He was a burglar, and he was good at his profession. He knew how to get into any type of home, even one with an alarm system. He couldn’t find a situation that would allow him to exploit it, so he returned to the 10 Freeway and drove to Glassel Park, a low-income community inhabited by workers.

#3 He broke into the apartment of 79-year-old Jennie Vincow. She had two sons: Jack, who lived in apartment 9, upstairs, and Manny, who resided in Bensonhurst, Brooklyn. He found a suitcase at the foot of the bed, and when he opened it, he found only wrinkled clothing. He took out a razor-sharp six-inch hunting knife and stood there, his heart beating rapidly.

#4 On August 11, 1964, Jack Vincow went to visit his mother, who was recovering from the murder. He noticed the window screen was missing, and when he entered the apartment, he saw it sitting in the middle of the living room floor. The house had been ransacked.