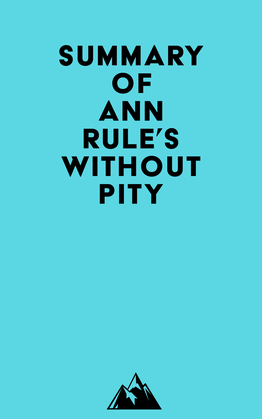 Summary of Ann Rule's Without Pity

#1 The town of Chelan is forty miles north of Wenatchee, and it exists mostly because of Lake Chelan, the second largest inland lake in America. Tourists flock to Lake Chelan, where deep blue water cuts through dry hills for a hundred miles or more, ending at the isolated hamlet of Stehekin.

#2 In 1975, two young pickers came across a shed that had been attacked, and they reported it to the police. The deputy went to the scene and found two girls who had been raped.

#3 The three men waited for help to arrive, and when it did, they lifted the bodies of the two girls, who had been camping near the Columbia River, into the light. They were badly bruised and bloodied, and had been dead for days.

#4 The bodies of the girls were transported to Wenatchee, where they would be postmortem examined. The dog guarding the bodies was protective, but also silent. It would be difficult to get positive identification from the dog.