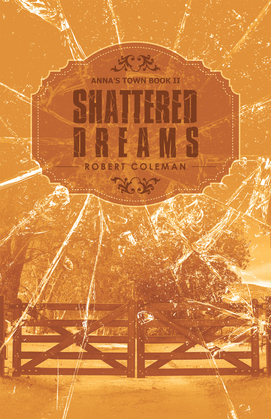 Anna’s Town Book Ii
by Robert Coleman (Author)
Buy for $3.99 Excerpt
Fiction Action & adventure Historical
warning_amber
One or more licenses for this book have been acquired by your organisation details

It has been nearly four years since the Calloway family moved to Tupelo, Mississippi. While his father, A.C., labors at the lumber mill and his brother, Willy, works on making his dream to become a pilot come true, seventeen-year-old Zack Calloway focuses his time and energy on his job at a law firm and studying for the bar exam.

Although his busy life leaves little time for romance, Zack is still smitten with the beautiful and intelligent Annabelle Owens. But as they innocently make plans for their future together, the young couple soon realizes that life rarely unfolds as planned. After his father receives a letter that transforms the dynamics of the Calloway family, Annabelle is assaulted. As their plans begin to unravel, Zack must now determine whether Annabelle’s heart is in the right place. Even as he does his best to press forward, Zack has no idea that his challenges are just beginning.

In this continuing historical tale, a young Mississippian and his beloved attempt to carve out a future together that is soon mired by one obstacle after another.