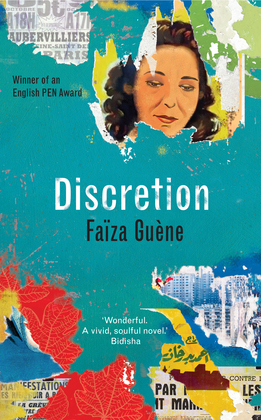 Short Stories
by Faïza Guène (Author), Sarah Ardizzone (Translator)
Buy for $10.90 Excerpt
Fiction Literary Francophone literature
warning_amber
One or more licenses for this book have been acquired by your organisation details

Yamina Taleb is approaching her seventieth birthday. These days, she strives for a quiet life, grateful to the country that hosts her and her adored family. The closest she gets to drama is scooping ‘revolutionary’ bargains in the form of plastic kitchenware gadgets.

But Yamina’s children feel differently about life in Paris. They don’t always fit in, and it hurts. Omar wonders whether it’s too late to change course as he watches the world pass him by from the driver’s seat of his Uber. His sisters are tired of having to prove themselves and their allegiance to a place that is at once home, and not. When the Talebs go away together on holiday – not to the motherland, but to a villa-with-pool rental near the Atlantic coast – they come to realise just how strongly family defines our sense of belonging.

Moving between Algeria and Paris, Discretion touchingly evokes the realities of a first- and second-generation family as they carve out a future for themselves in France, finding one another as they go along.

Winner of the Prix Maryse Condé 2020

‘Wonderful. A vivid, soulful novel. Guène’s Paris is a place of grifting and grafting where young rebels rub up against calcified traditions. This is a writer at the height of her powers, addressing issues of migration and belonging with defiance, zest and humour.’--Bidisha

‘Faiza Guene is an important voice in French literature, rebelliously dissecting ideas of home, identity and belonging with a universally accessible intimacy and power.’--Diana Evans

‘One of the hottest literary talents of multicultural Europe.’--Sunday Telegraph

‘Through the lens of an often-tender family portrait, the author delivers a biting portrayal of a France steeped in hypocrisy and false smiles, where equality of opportunity is all smoke and mirrors … A novel that’s bang on the money, coursing with a chillingly legitimate sense of grievance.’--Slate

‘Like every accomplished novel, La Discrétion does so much more than tell a story. It asks questions ... Faïza Guène’s mastery of her subject matter means she doesn’t come down on either side but accompanies her characters towards the light.’-- Le Monde Diplomatique