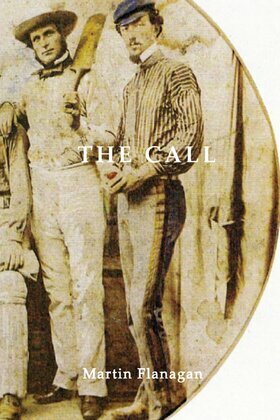 Thomas Wentworth Wills is an Australian Icarus. Having grown up among the Djabwurring people in western Victoria, he was sent to the Rugby school in England. Returning in 1856, he promptly revolutionised colonial cricket and opened the door for the evolution of the indigenous game we know as Australian football. In 1866, he coached the Aboriginal team which later became the first Australian cricket team to tour England, despite having suffered in the war being fought at the country's frontiers between white settlers and the land's Aboriginal inhabitants. Tom Wills died a neglected and forgotten figure. His life is an Australian tragedy, but it bequeathed to the nation a unique and hopeful legacy.

A wonderful novel - tragic story of genius and loss, of a man who, leaping at the sun, fell down in a dazzle of healing light. - Brian Matthews
The Footy field: ground of coexistence; common ground; sacred turf. It is the one piece of Australian earth where equality rules and the game is played fair. It's footy. No-one barracks for the extinguishment of this game. Like a stab pass to a leading full-forward, Flanagan shows us the way to our goal. - Patrick Dodson