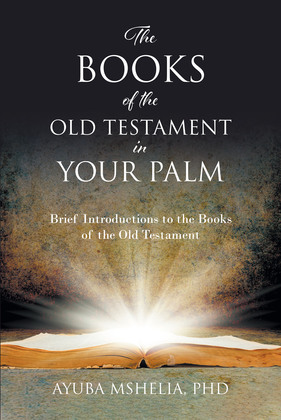 The Books of the Old Testament in Your Palm

Brief Introductions to the Books of the Old Testament
by Mshelia,,Ayuba (Author)
Buy for $9.99 Read sample online Download sample
Nonfiction Religion Biblical studies
warning_amber
One or more licenses for this book have been acquired by your organisation details

The book is about introductions to the books of the Old Testament of the Bible, which is a compendium of God's divine Message to mankind that is uniquely written by forty divinely select people as His spokesmen. How many of these forty select men wrote the Tanakh or the Old Testament?

This synopsis is a guide to the types of questions asked in writing this book. Who, for example, is the author of the Torah or the Pentateuch? Are all the books written by one person? Or are there others? What are the themes and purposes of each book? Does the difference in the arrangement and number of books between the original Hebrew Tanakh and our Old Testament make any difference to its being canon or faith? What are "the books of the kingdoms?" Why don't you see such titles in the Old Testament?

What are the themes of some of the poetical books? For instance, why do good and righteous people suffer and the ungodly prosper? Does God care? How was the first ancient attempt of a holocaust foiled by Hadassah, also known as Esther, a beautiful Jewish orphan who became the queen of King Ahasuerus of Persia? What happened to the culprit? Why was the four-hundred-year period of the judges the most ungodly and apostate in Israel's history. Why was the Davidic covenant threatened by Bathsheba's marriage and Absalom's insurrection?

The Old Testament begins with the story of creation and life but ends in Malachi (4:6) with a divine threat of a curse. Are you free from that curse as an individual or still under it?

These are the many compelling and poignant questions laboriously dealt with in the book.