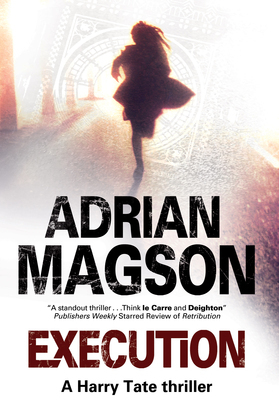 by Adrian Magson (Author)
Buy for $6.99 Excerpt
Fiction Thrillers Espionage
warning_amber
One or more licenses for this book have been acquired by your organisation details

When a Russian hit team catches up with Roman Tobinskiy, political opponent of Moscow and former FSB colleague of Alexander Litvinenko (murdered by polonium  poisoning in 2006), it's an easy kill; he's lying helpless in a hospital bed.  They realise too late that in an adjacent room is Clare Jardine, ex-MI6 officer, recovering from wounds while saving Harry Tate's life.

When Clare goes on the run, Harry is ordered to track her down before the Russians reach her. It's one of his toughest challenges yet. For not only is Clare as adept at covering her tracks as Harry is himself, but the Russians are not the only ones chasing her.

Harry is about to come up against an old enemy from his past. And if he is to save Clare’s life – as she saved his – he must seek help from a most unlikely source.