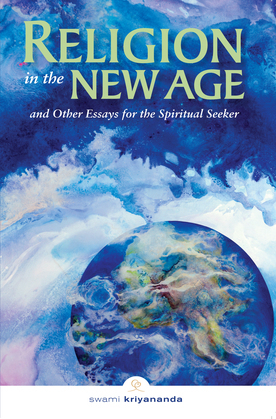 Religion in the New Age

by Swami Kriyananda (Author)
Buy for $11.99 Excerpt
Nonfiction Religion Oriental religions and wisdom Esotericism, occult
warning_amber
One or more licenses for this book have been acquired by your organisation details

That we live in a "New Age" seems an incontestable fact. Just 100 years ago the world had no paved highways, no speeding cars, airplanes, cell phones, washing machines, computers or satellite dishes, to name only a few things that today we take for granted. But the greatest change that has occurred has been our perception of reality, which began with the discovery that matter is actually composed only of vibrations of energy, and that energy is the reality behind everything around us. Today we perceive everything in terms of energy—we have become an energy-conscious as well as an energy-dependent society.
In this collection of fascinating essays on a variety of topics, Swami Kriyananda, a renowned and prolific writer, presents an approach to modern life that may seem radically new. The book's title essay, Religion in the New Age, shares the ancient teaching, common to many cultures, that time is cyclical, and that we are now in an upward cycle, coming into an age of energy-awareness from a darker age of matter. The author shows society, political and social events, and religion and religious institutions from the viewpoint of different cycles of time.