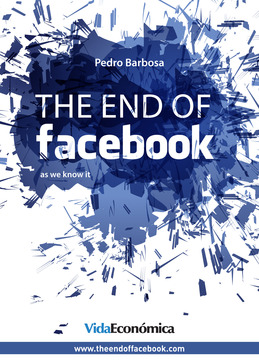 by Pedro Barbosa (Author)
Buy for $1.99 Excerpt
Nonfiction Social science Future studies
warning_amber
One or more licenses for this book have been acquired by your organisation details

Could it soon be the end of Facebook? It may seem a preposterous question to ask, but there are signs that make it a serious and current one: a growing number of long-term users are abandoning the network and the same goes for teenagers. Fatigue is increasing among those who use the social network, while in the stock market, Facebook is still under pressure.

With this scenario as a starting point, the ebook "The end of Facebook" (by Pedro Barbosa, author of bestsellers “Speculations and Trends” and “Harvard Trends”) explores in remarkable depth the reasons for consumer fatigue and where those who are dissatisfied are migrating to, in an unprecedented revelation of what Facebook will become over the next few years.

"The end of Facebook" drew the attention of newspaper editors, magazines and television channels when Facebook itself made the decision to block the growth of the page on its social network, which today has many thousands of followers. Facebook's ban occurred without the Palo Alto company even knowing the content of the ebook, leading to a wave of indignation.

"The end of Facebook" proves to be a compulsory read, at a time when the mobile, augmented reality and social search revolutions will change the landscape of social networks for once and for all.

It is crucial for managers and marketers to be prepared for this change, as well as for everyone who is curious or concerned about their own adaptation to the near future.