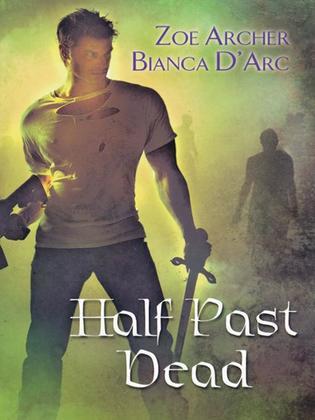 There are good guys, there are bad boys, and then there are men with a danger all their own--these are the ones who take you places you never imagined. . .and will never forget.

The Undying Heart by Zoe Archer

Samuel Reed had no idea magic existed, until it almost destroyed him. Thirsting for vengeance against the enemy who made him something less than human, Sam returns to England and crosses paths with Cassandra Fielding. His best friend's little sister has become a fearless woman on a dangerous mission of her own. And against all odds, she sees past what he's become, and stirs a desire he thought he'd lost forever. . .

Special Forces soldier Simon Blackwell ended his affair with Mariana Daniels three years ago, but he hasn't stopped protecting her. Mariana has no knowledge of the dark, deadly creatures that lurk in the forest surrounding her clinic, or of the mysterious powers that make Simon the only one who can defeat them. But soon he'll have no choice but to reveal the truth, and urge her to trust in an explosive passion that never faded. . .