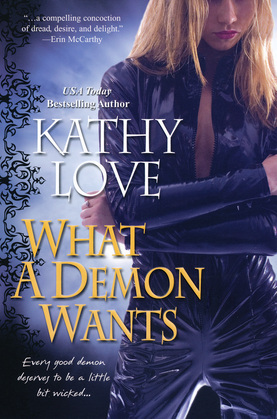 What A Demon Wants

by Kathy Love (Author)
Buy for $11.90 Excerpt
Fiction
warning_amber
One or more licenses for this book have been acquired by your organisation details

it's true Ellina Kostova is only half demon. . .and an author with a cult following, but that just

Anthony, the guy her brother has hired to protect her. In big danger, actually. Because she just

cannot be attracted to. . .well, anyone. She's too much of a demon in bed. No, really.


Jude has grown accustomed to being an outcast, adrift in both the mortal and

preternatural worlds. Being a paid fighting machine isn't glamorous, but he does it--and many

other things--spectacularly well. And man does Ellina Kostova need a lot of protection. But he

needs protection, too. She's making him remember what it feels like to be human. And he's

already learned no good can come of that. Especially when he's been hired not only to protect

"Fangs for the Memories will make you laugh until milk

comes out of your nose. No, really."
--MaryJanice Davidson