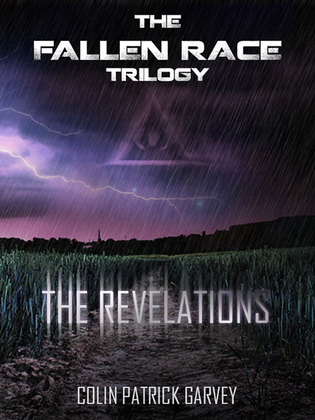 by Colin Patrick Garvey (Author)
Excerpt Buy for $5.99
Fiction Thrillers
warning_amber
One or more licenses for this book have been acquired by your organisation details

As Sean continues to dig into the heart of this conspiracy, he learns that a ruthless and clandestine group of Americans called the Foundation, whose members occupy positions within the highest echelons of the United States government and defense industry, has known for decades about the existence of extraterrestrials and their secret history on the planet, a detailed history dating back to nearly World War II. Since then, the Foundation has studied them, collaborated with them, and is now intent on destroying them. As the truth is gradually unveiled, Sean discovers that a horrific episode from his past that led to his dismissal from the Marines stemmed from his own incredible encounter with these creatures, their pervasive existence within human society and their potential plans for a catastrophic invasion, and a deeper connection Sean has with his friend and mentor, Dr. Rosenstein, than he could have possibly imagined. As the moment approaches for a climactic meeting between the Foundation and this dangerous threat, the stakes are nothing less than humanity?s continued existence, and the result of which will determine whether there is a future for any of us.