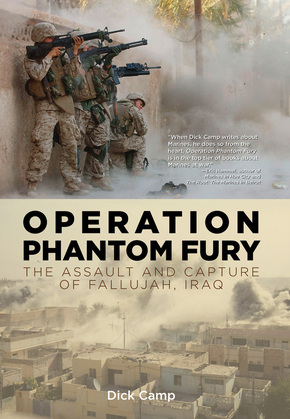 The Second Battle for Fallujah, dubbed Operation Phantom Fury, took place over an almost two-month period, from November 7 to December 23, 2004. The Marine Corps’ biggest battle in Iraq to date, it was so prolonged and fierce that it has entered the pantheon of USMC battles alongside Iwo Jima, Inchon, and Hue City. This book offers an in-depth, intimate look into Operation Phantom Fury, the single most significant battle undertaken during the occupation of Iraq. The author, a retired Marine Corps colonel with combat service in Vietnam, conducted personal interviews with combatants, from the division commander in charge of the operation down to Marine infantrymen who did the fighting. The result--illustrated with a hundred action photographs--is a rare firsthand account of the brutal reality of the war in Iraq, how this battle for a key city was fought, and how such a crucial battle looks from positions of command and from the thick of the fight.