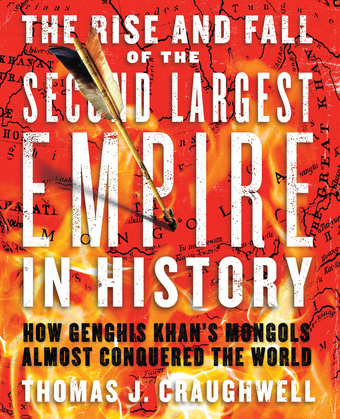 The Rise and Fall of the Second Largest Empire in History

by Thomas J. Craughwell (Author)
Buy for $19.99 Excerpt
Nonfiction History Ancient
warning_amber
One or more licenses for this book have been acquired by your organisation details

Emerging out of the vast steppe grasslands of Central Asia in the early 1200s, the Mongols, under their ferocious leader, Genghis Khan, quickly carved out an empire that by the late thirteenth century covered almost one-sixth of the Earth’s landmass—from Eastern Europe to the eastern shore of Asia—and encompassed 110 million people. Far larger than the much more famous domains of Alexander the Great and ancient Rome, it has since been surpassed in overall size and reach only by the British Empire.

The Rise and Fall of the Second Largest Empire in the World recounts the spectacularly rapid expansion and dramatic decline of the Mongol realm, while examining its real, widespread, and enduring influence on countless communities from the Danube River to the Pacific Ocean.