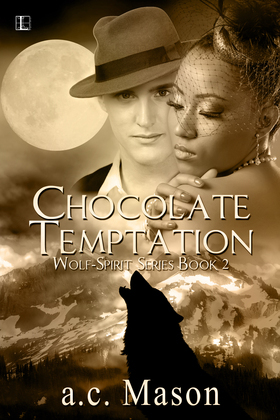 by a.c. Mason (Author)
Buy for $2.99 Excerpt
Fiction Romance Paranormal Contemporary
warning_amber
One or more licenses for this book have been acquired by your organisation details

His by pack law, and he wants more than her body. Will she be able to surrender her heart?

Switzerland, the winter of 1940. Alexia, a wolf-shifter, is mate to the Alpha of a powerful clan. Her life, the pack's future and the lives of countless children the pack smuggles out of Europe are in jeopardy. The Gestapo want her blood to breed an unstoppable regiment endowed with her gifts. Cathen, the pack's Epsilon Beta, is charged with protecting her. When Alexia's beloved mate is killed, Cathen becomes Alpha and by pack law, she is his new mate.

On the run from the Gestapo's werewolves with Cathen, Alexia has no time to mourn. Can she resist what she's beginning to feel for her protector, despite her aching loss? Should she try? If she rejects him–not so easy to do do–he will die and the future of the pack she loves as family will be in danger. Cathen and Alexia's destinies are bound together, and to find peace and love amid the horror of war, she must accept her fate and heal her new mate.