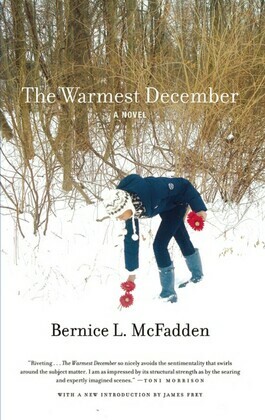 by Bernice L. McFadden (Author)
Buy for $15.99 Excerpt
Fiction Christian Contemporary women Literary
warning_amber
One or more licenses for this book have been acquired by your organisation details
"McFadden's reissued second novel takes an unflinching look at the corrosive nature of alcoholism . . . This is not a story of easy redemption . . . McFadden writes candidly about the treacherous hold of addiction."
--Publishers Weekly

"Riveting. . . . So nicely avoids the sentimentality that swirls around the subject matter. I am as impressed by its structural strength as by the searing and expertly imagined scenes."
--Toni Morrison, author of Beloved

"The sharpness of the prose and power of the story make it hard to stop reading even the most brutal scenes . . . The story feels real perhaps because it’s familiar . . . Or maybe, as Frey points out, the story is too vivid to be read purely as fiction. But in this Precious-style novel, genre is the least of our concerns."
--Bust magazine

"This is a story that cuts across all race and social strata in its need to be told."
--The Dallas Morning News

The Warmest December is the incredibly moving story of one Brooklyn family and the alcoholism that determined years of their lives. Narrated by Kenzie Lowe, a young woman reminiscent of Jamaica Kincaid's Annie John, as she visits her dying father and finds that choices she once thought beyond her control are very much hers to make.