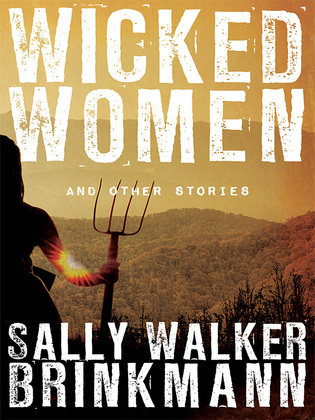 Wicked Women and Other Stories

by Sally Walker Brinkmann (Author)
Excerpt Buy for $2.99
Fiction Mystery & detective Traditional British Short stories
warning_amber
One or more licenses for this book have been acquired by your organisation details

If you're poor in the hills of Appalachia and don?t have the skills to succeed in the 21st Century, what path is left? You try what you can and you do whatever it takes to survive. Survival, not always easy in hill country, is the common theme in these three stories from West Virginia.

When a man wrongs his woman in these hills, there?s only one thing to do: get even. For the women of Peach Tree Hollow, who have no cash, no connections, and no clout, this is hard. But with the help of a little mountain magic and timeless rituals, they find self-reliance, self-esteem, and best of all -- revenge!

NOTHING MORE TO LOSE

Clint McCabe has never had a run of luck in his life. When his grandpap dies and is buried in the rocky ground, McCabe is cut adrift. Unable to find work, he resorts to robbing vacation homes along the Cacapon River shoreline. He meets Allison when she catches him robbing her uncle?s house. Her run of bad luck matches his own. Allison comes from a missionary family. He thinks she's crazy, but beautiful. He knows he must become a different man if he's to have a chance with her.

Rosie, a young Italian girl planning to become a nun, and Mac, a shiftless Morgan County boy, are thrown together when a hot car delivery goes wrong. Running from Mafia hoods, they flee to the mountains. On his own turf, Mac easily eludes the mob. He's attracted to Rosie, but realizes she won't be interested in a guy like him. Their flight to safety is a West Virginia odyssey.