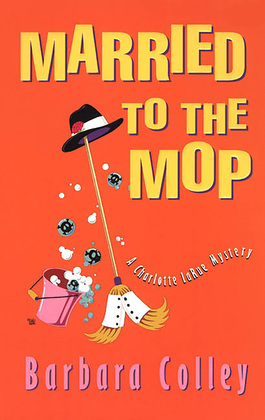 Married To The Mop

As owner of Maid for a Day, Charlotte LaRue is cleaning up New Orleans house by house. When it comes to hired help, she's the best there is, especially if murder runs in the family. . .

Though she's short two employees, Charlotte answers a desperate plea the weekend before Mardi Gras. A woman named Emily Rossi is hosting a huge bash for out-of-town guests, and just lost her maid to a family emergency. And Charlotte soon learns why. Emily's husband, Robert, just happens to be the most ruthless crime boss in the country. Nevertheless, Charlotte agrees to help at the Rossi family's costume ball when one of the servers comes down with the flu. She's beginning to think that the party is a cover for Robert's illegal activities, when the man himself is found dead in the library.

The case seems cut-and-dried--to anyone but Charlotte, that is. Although Emily looks guilty as sin, Charlotte has seen enough of the Rossi family's dirty laundry to suspect everyone. But she'd better tread carefully if she doesn't want to spend Fat Tuesday in the bayou, sleeping with the catfish. . .

Praise for Barbara Colley and her Charlotte LaRue Mysteries!